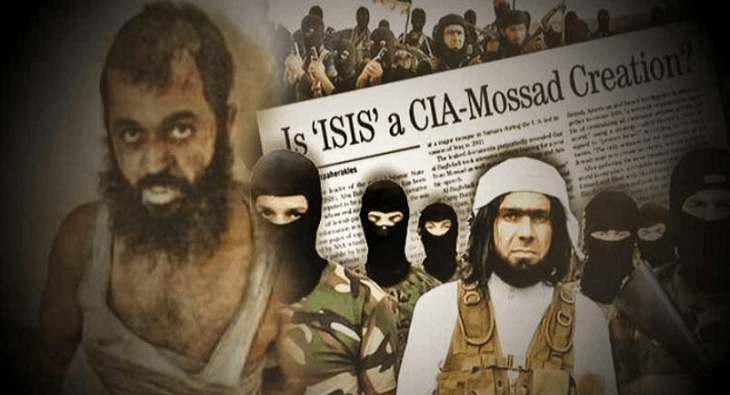 By:  Jay Syrmopoulos/The Free Thought Projectt  Benghazi, Libya – Lending credence to the theory that ISIS operates as a strategic asset of the Israeli Mossad, Libyan security forces have arrested an ISIS leader in the northeastern Libyan city of Benghazi – who just so happens to be a Mossad agent. The man arrested, Ephraim Benjamin, was allegedly an Israeli Mossad agent who began his operation following the 2011 toppling of the Libyan government that resulted in the murder of Libyan President Moammar Ghaddafi, according to the Israeli website Inian Merkazi, which translates to “Central Issues.”

The Mossad agent reportedly held a leading position in ISIS after mingling with Libyans during the fall of Ghaddafi. He then became a prominent imam of a large mosque in Benghazi, Libya’s second largest city, before becoming an ISIS leader who commanded a contingent of upwards of 200 terrorists.

Known in Libya as Abu Hafs, the Mossad agent was arrested and accused by Libyan authorities of gathering intelligence information for the Israeli government.

It is believed that Benjamin, aka Hafs, was a Mossad “Arabist,” which are undercover Israeli spies with Arab features, and who speak fluent Arabic in local dialects, according to the Masr Alarabia website.

The Mossad has a long history of utilizing “Arabists” to infiltrate Palestinian protests and arrest demonstrators as well as assassinating Palestinian anti-occupation activists, according to Masr Alarabia.

Libyan media outlets describe Benjamin as the “Mossad sheikh” who was arrested by local authorities.

Inian Merkazi cited the incident as evidence used by Arab media to justify the argument — popular in much of the Arab world — that Israel is complicit in the rise of ISIS in the region and uses the group as a strategic asset.

Additionally, the fact that ISIS has never so much as attempted an attack within the state of Israel bolsters that line of thinking.

Seemingly confirming an Israel-ISIS connection, a 15-page report by U.N. Secretary-General Ban Ki-moon on the work of the U.N. Disengagement Observer Force revealed that the Israeli Defense Forces (IDF) maintained regular contact with the Islamic State since May of 2013.

While initial reports by the IDF claimed they provided medical care for civilians on the Israeli-Syrian border, UN observers confirmed direct contact between ISIS and IDF soldiers – which included, but was not limited to, medical care.

“Throughout the reporting period, UNDOF frequently observed armed members of the opposition interacting with the IDF across the cease-fire line,” according to the report. “On one occasion UNDOF observed the IDF on the Alpha side [inside Israel] handing over two boxes to armed opposition on the Bravo side [inside Syria].”

These activities in concert seem to indicate a coordinated and ongoing support of the Islamic State by Israel. Essentially, the Israelis are utilizing ISIS as a proxy force in an effort to topple the Assad government.

Tellingly, when the U.S. began operations against the Islamic State, the Israeli high command was reluctant to support the move and called the actions of the United States a mistake.

For those not understanding why Israel would support ISIS, it comes down to geopolitical strategy. The Israeli government perceives allies Iran and Syria as direct threats to the Jewish state, as both maintain significant regional military capabilities and political clout.

Israel’s support for ISIS would seem to confirm that they believe in the old adage, “the enemy of my enemy is my friend.”

In this particular circumstance support for the Islamic State equates to Israel eliminating geopolitical rival Syria – under Bashar al-Assad – which would then negate Iranian influence in the region.

It comes down to the simple fact that ISIS is a useful tool for Israel to impose its geopolitical will, without having to directly involve themselves in a hot conflict, thus seeming as if they are uninvolved in the conflict.

Once the Syrian government has been toppled, and Iranian influence on the Israeli border largely negated, Israel could then set its sights on the Islamic State – provided they were no longer of use to the Jewish state.

While states such as Israel and the United States often loudly proclaim to be against terrorism, in reality, both governments utilize terrorist groups, such as ISIS and al-Qaeda, to undermine regimes they wish to overthrow or gain influence within.

Please share this article to expose the complicity of states such as Israel and the United States in fomenting Islamic terrorism!