Islamic State leader Caliph Ibrahim - aka Abu Bakr al-Baghdadi - never ceases to amaze us - and most of all his powerful petrodollar-stuffed backers. The Caliph is for all practical purposes now an oil major worth of membership of the Organization of the Petroleum Exporting Countries (OPEC). His takfiri/mercenary goons - in theory - have for some time been extracting, refining, shipping and/or smuggling and clinching juicy deals involving vast quantities of oil, reaping profits of roughly US$2 million a day.

The Caliph's oil prices are to die (be beheaded?) for; after all, he's implementing the same low-price strategy concocted by the people he wants to dethrone in Mecca, the House of Saud. The 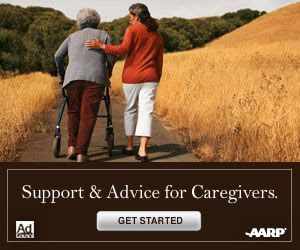 caliphate's GDP across "Syraq" has only one way to go: up.

Not surprising, when they somehow had not previously registered/intercepted The Caliph's goons taking over large swaths of "Syraq" this summer with their cross-desert version of rolling thunder - that gleaming white Toyota promo ad.

As for the Empire of Chaos "solution" to intercept The Caliph's oil profits, the only decision so far has been to bomb oil pipelines that belong to the Syrian Arab Republic, that is, ultimately, the Syrian people.

Yo sheikh, talk to the hand
Then there's that fateful Secretary of State John Kerry/House of Saud capo hand-kissing fest that took place in Riyadh last month.

In this masterful piece, William Engdahl goes no-holds-barred on the supposed Saudi-US cheap oil/bomb Bashar al-Assad/undermine Russia deal. Yet there may not have been a direct deal; more like Washington and Riyadh working in tandem towards common objectives: regime change in Syria in the long term, and undermining both Iran and Russia in the short term.

As for that crucial Pipelineistan gambit central to the Syrian riddle - a gas pipeline running from Qatar to regime-changed Syria, instead of Iran-Iraq-Syria - that's not exactly a Saudi, but a rival Qatari priority.

What Kerry did give was the Master's Voice seal of approval to the Saudi strategy of low oil prices, thinking short-term about US oil consumers at the pump, and medium-term on putting pressure on the revenues of both Iran and Russia. Yet he obviously played down the blow to the US shale gas industry.

The Saudis, for their part, have other key considerations, not least how to recover their market share across Asia - where their biggest customers are located. They are losing market share because of discounted crude sold by both Iran and Iraq. Thus, both must be "punished", on top of the House of Saud's pathological aversion to all things Shi'ite.

As for the big picture in Syria, Obama's capo for dealing with The Caliph, General John Allen, laid down the law to Saudi newspaper Asharq Al-Awasat. He said, "[T]here is not going to be a military solution here [in Syria]". And he also said, "The intent is not to create a field force to liberate Damascus."

Short translation: those old goons of the previously "winning against Assad" Free Syrian Army (FSA) are now six feet under. And the new FSA goons to be trained in - of all places - Saudi Arabia are not exactly being regarded as holy saviors. For all practical purposes, the medium-term scenario spells out more US bombing (of infrastructure belonging to the Syrian nation); no regime change in Damascus; and The Caliph steadily consolidating his wins.

And finally, the Hollywood factor
Imagine if shabby "historical" al-Qaeda had these ultra-slick PR skills. Bearded has-beens with old Kalashnikovs in Afghan caves is so passe. The Caliph not only smuggles tens of thousands of barrels of oil a day undetected, but he also deploys a British hostage turned foreign correspondent (and who may have converted to the Salafi version of Islam)reporting from a hollowed out Kobani about to be totally captured by a bunch of takfiris and mercenaries (they certainly are not mujahideen).

One's gotta marvel at the production values. The Caliph's special report opens with drone footage of Kobani. Is it an American drone? Was it captured in Iraq? Is it an Israeli drone? Turkish? Brit? The "mujahideen" certainly are not on Lockheed Martin's speed dial - yet.

Meanwhile, on the ground, only now has Ankara allowed roughly 200 peshmergas from Iraqi Kurdistan - whose slippery leaders do business with Turkey - to cross the border to, in theory, help Kobani. No soldiers, weapons or supplies are allowed for the Kurdish PKK/PYD forces which have been actually defending Kobani all along. Sultan Erdogan's endless procrastination will be judged by any independent investigation as the key element in allowing the possible fall of Kobani.

Turkish Prime Minister Ahmet Davutoglu once again has laid down the "conditions" for his country to help with the - so far spectacularly innocuous - US campaign against The Caliph; the possible liberators of Kobani must only be Iraqi peshmergas, and remaining FSA goons, not "terrorists" (as in PKK/PYD).

In the end, Kobani - precisely on the border between southeast Anatolia and northern Syria - is highly strategic. The situation on the ground is dire. There may be a little over 1,000 residents left, barricaded in their houses. Protecting them, a little over 2,000 Syrian Kurd fighters, including the female Ishtar brigade. Only 200 peshmergas coming from Iraqi Kurdistan are not going to make a huge difference against a few thousand heavily weaponized caliph goons deploying as many as 20 tanks. It does not look good, even though, unlike in the Caliph-approved Brit hostage report, the fake "mujahideen" are not in total control.

The Caliph, anyway, is bound to remain on a roll. Absolutely none of the above would be remotely possible without US/Western overt/covert complicity, proving once and for all that The Caliph is the ultimate gift that keeps on giving in the eternal GWOT (Global War On Terra). How come the Dick Cheney regime never thought about that?