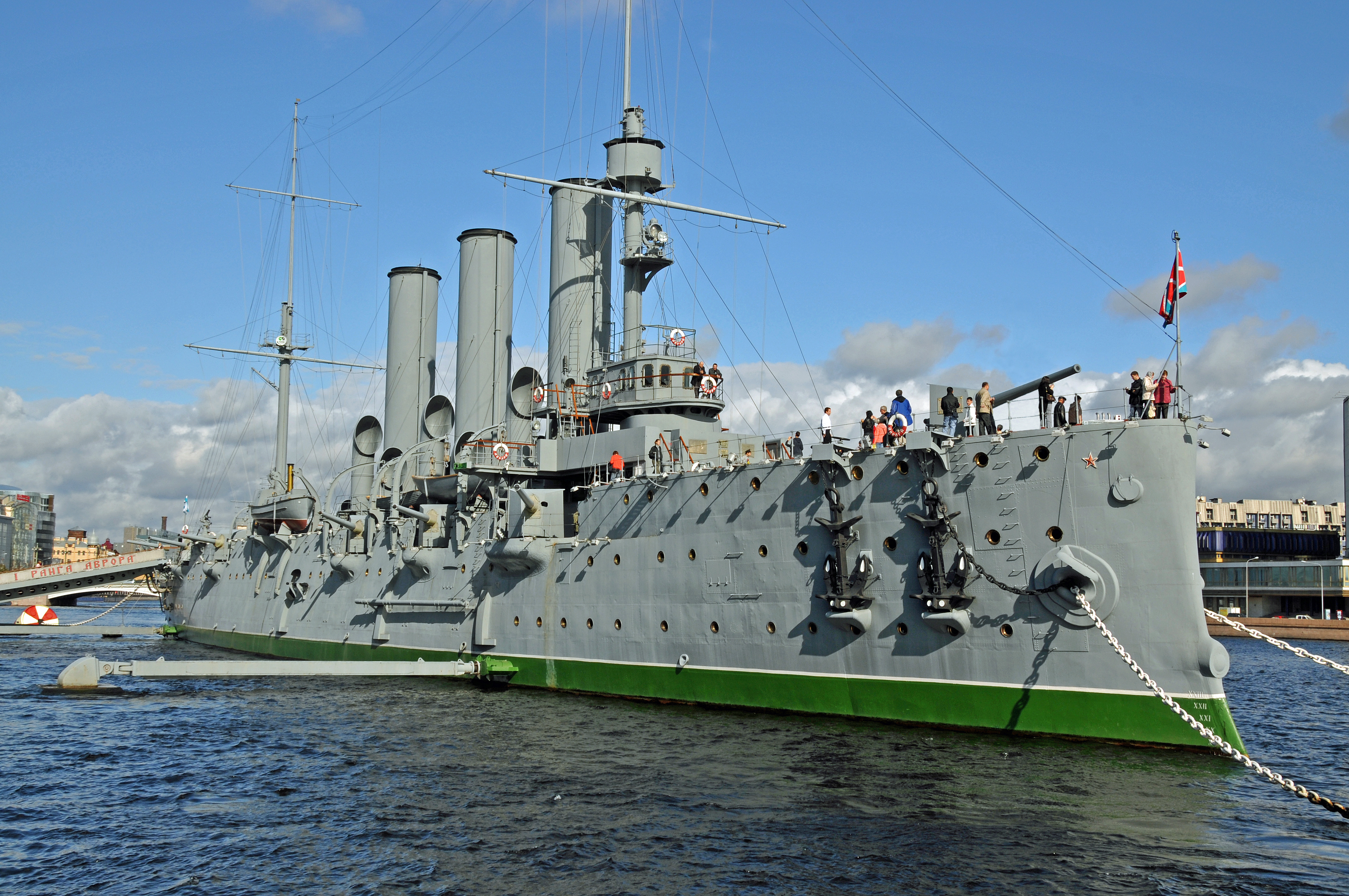 The battleship ‘Aurora’, which fired the first shots in the Russian Revolution in October 1917: “The complete liberation of Aleppo, all Syria, the Middle East and the planet will only occur through the socialist revolution against all capitalist governments.”